Since there isn’t much in the way of hardcore economic news today, a really short column is in order.

Things will suck again, at least at the open.  At least so say the futures.  The market high in our Aggregate came on Monday, the 16th. So we will have to fiddle our Crash Alert window out to October 10.  55-days from the market peak.

However, since that is a Sunday, the concept to at least think about would be October 11th for a Black Monday kind of event.

Meantime, the Aggregate has been chugging along like this: 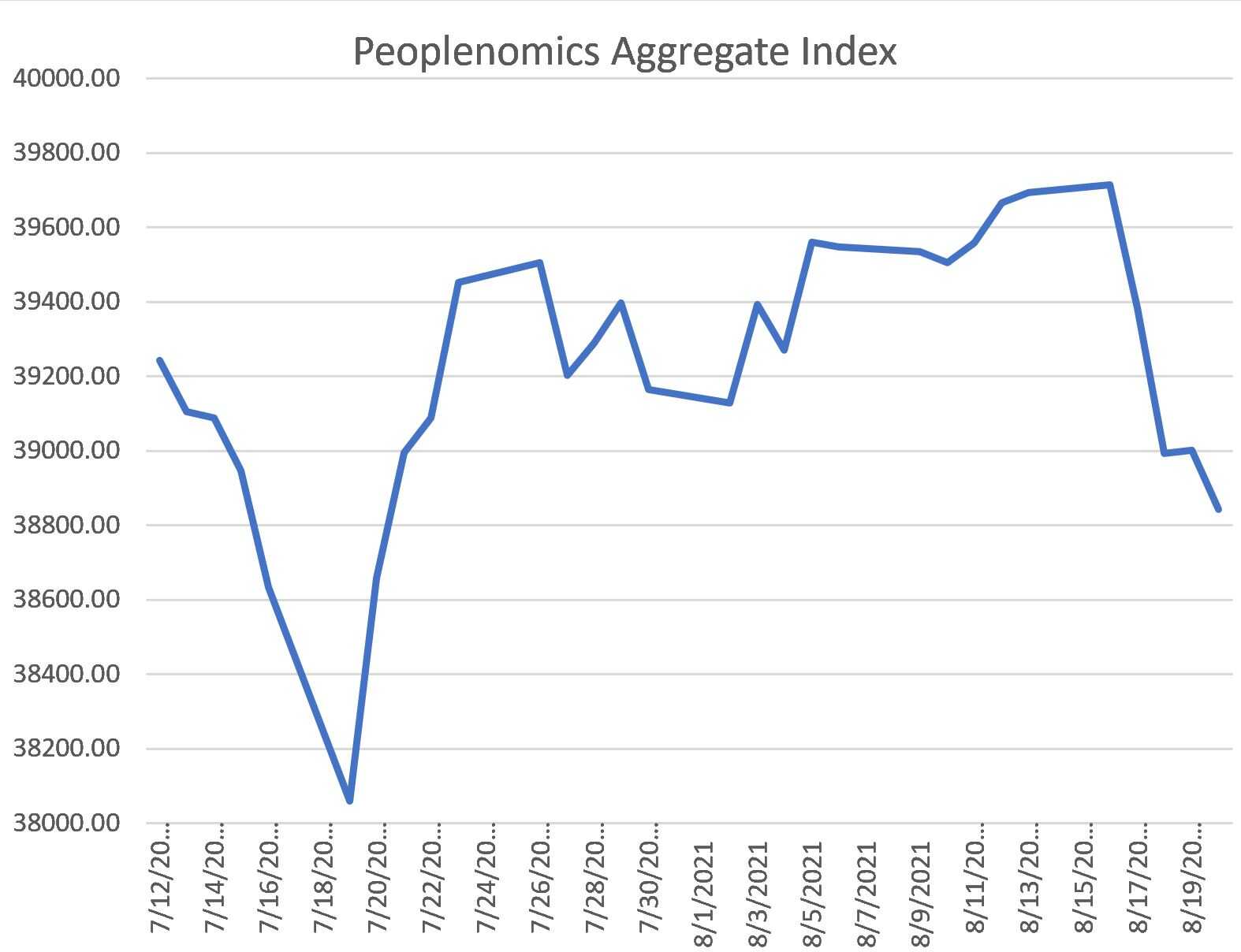 In  the short-term (90-day) outlook, we continue pessimistic.  But, that’s just the beginning of problems.

Where to Pack Money?

At the current rate of monetary (fiat currency) inflation, we need to think in the 7-10% annual gain terms.  Just to break even. And that’s really getting difficult.

Once upon a time – when America still had the vestiges of an honest government (not the woke/lefty kluge now in power) you might have bought a rental home.  Forget that.

Sure, the tax benefits are there, but when the Federal government just makes-up not paying rent – and sticks it to the property owner to force them to (in effect) adopt people?  No thanks!  Not a business we want to be in.

Another use of small-investor money would be to park it in a money market.  But thanks to contrary trends in finance this one is almost a certain loser, as well.,  Remember, 7 percent is the answer we’re looking for.

We scratch our heads every day wondering “Where are we going to keep up with inflation – 6% is what Social Security looks like – plus a little bit for our trouble – and 7% SEEMS like a not-unreasonable number.

Rental houses are off the table for another reason, too:  In the “woke world” where people don’t pay bills and cheat honest risk-takers, rent control is spreading as the communist insurgency’s latest “we’re special!” (free lunch pitch) in some formerly traditional places.  Example Rent control will appear on St. Paul ballots in November.  Limit rent hikes to 3% per year in a 6-10 percent world?  Pass!

We aren’t the only ones grappling with where to park money: World’s Largest Sovereign Wealth Fund Made $111 Billion In H1, Warns High Inflation ‘Could Spark Losses Like Never Before’.

Get Rich in Digital Tulips?

Cryptocurrencies are a big hype game – the likes of which haven’t been seen since Tulips (1634-1637) and the South Sea Bubble of 1720.  I’ve been pushing the numbers around on BTC and here’s how it’s feeling to me:  using the data set from https://bitcoincharts.com which ought to be a bookmark for anyone with financial savvy…

As you can see (and this is not a recommendation, hell, we don’t even own a wallet…still!) looks to us like something north of $55,000 could be in the works going into fall.

Those vertical bars are how we visually “see” things.  Under Elliott theory the C wave is always as large (or larger) than the A wave.  So draw the “a” bar (the left one) and then wait for the bottom of “b”, align the bottom, and slide it right and read the target range.   Since we can see larger retracements, Bitcoin might even put in something close to a double-top. $60,000?

But you already know that one.

This graphic is more for our children than anything else.  Family discussion data set.  We start with the long-term USA employment in Manufacturing data (when people actually made things here).  Then we annotate history a bit:

It seems pretty clear to me how the sequence of events has rolled since World War II:

Hell yeah.  Joe Pags, WOAI had Trump on for a radio interview last night.  For a day or two, you can hit the Pags website here and listen to the interview here.

Trump is pissed at Biden because Trump plans called for bringing the military out LAST, not FIRST.  Biden’s plan was to bring the MILITARY OUT FIRST.

Which the left-wing press has been having a field day with because people want to believe their biases, not what the facts reveal.  Nothing changes.

But at least now, you can see the timeline of America’s crack-up, see how the country has been sold out from within and then read the crap that passes as news, but it’s better labeled brainwashing.

On the right side of my graphic, let’s pick up with the woke joke and lefties reinventing racism,. shall we?

On RIR:  Toddlers are racist and other insights from woke Bank of America training (nypost.com).

Not enough?  How about the Victor Davis Hanson post in The Merc this week? “Hanson: Woke nonsense is warping everyday life.”

So flying the LBGTQ flag over the U.S. Embassy in Kabul the month of June this year was…er… a good idea?  Virtue-signaling to radicals with guns?  It’s going to get worse.  Remember to thank the woke cranks when it does.  Meantime, where’s the unedited ‘Snapping Joe interview?  Biden Snaps In Interview When Asked About ‘Afghans Falling’ From Airplanes.

If your idea of progress in the woke world is Naked man stabs another nude man on Seattle sidewalk – New York Daily News, have fun with the socialists and their stabber’s paradise and don’t come looking for tax revenue when the shit all blows up and people want a square deal out of life…

As long as we’re heaping it on:

Breath deep the gathering gloom:  Fabio reveals he sleeps in hyperbaric chamber to avoid aging.  Fabio…read my new book, dude!  Packing to Die: Suitcase Between Your Ears on Amazon.

Covering up corruption never goes out of style:  Senate Republicans demand Durham report be made public | Fox News.  Nasty and the razor wire cretins won’t have it, though.

What do you mean, America’s out of money and broke?  Stocks drop as investors sense an end to economic stimulus measures..

And so begins a nice quiet weekend here in the East Texas Outback.  Nearly 10-inches of rain this week so I’ll be mowing the (what looks like a fairway) first thing in the morning.

If stupid was a technology, America would have a revolutionary product.

Write when you get rich,

67 thoughts on “Collapsing into Fall”